Happy Free Software Day and thank you KeePassXC for your awesome work! <3 One of the cornerstones on how to keep yourself secure in the modern world is to use strong passwords + 2FA and encrypted communication methods when living your life on the net. To manage all the complex passwords needed for the services […]

MariaDB 10.5 is the latest major stable release of MariaDB, released in the spring of 2020. It was imported into Debian.org in late summer 2020 by the author of this blog post. Debian is one of the most popular Linux distributions and the “mother” of many other distributions, most notably Ubuntu. Thus when MariaDB 10.5 […]

Looking to create tutorial videos easily? We are starting a series of guides for OBS Studio. In the first part you’ll learn how to record your screen and webcam simultaneously.

In search of a modern browser to optimise your workflows? Search no more, use Vivaldi! Read more to learn why.

ubiquitous /juːˈbɪkwɪtəs/: present, appearing, or found everywhere Vim is one of the grand old text editors, and while it’s history begins long before many current computer scientists were born, it still has it’s place in the toolbox of 2020’s technology workers. It’s default settings might however be too simplified, and make the tool hard to use […]

Step-by-step instructions on how to clean your keyboard. 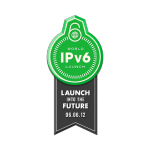 Why POWER8? With the enormous amount of data being generated every day, POWER8 was designed specifically to keep up with today’s data processing requirements on high end servers. POWER8 is a symmetric multiprocessor based on the power architecture by IBM. It’s designed specifically for server environments to have faster execution times and to really concentrate performing well on […]

Another new year has started, and we think it is time to look a bit back and review what became the most popular content in Seravo Blog in 2015. Alltogether, in 2015, Seravo’s web page gained 233 681 visits and 196 401 users – these are pretty cool numbers for a modest sized company that we […]