A great deal of our work as Linux system administrators is related to security. Each server we maintain is bombarded on daily basis in a never ending cyberwar. Some of our customers (e.g. the website of the former Finnish Minister of Foreign Affairs, government websites, high profile political organisations and media sites) are obvious targets but […]

Everybody knows what hand hygiene is: hands are disinfected every time we enter a hospital. In the same way as germ-free hands stops diseases from spreading, password hygiene helps to prevent the misuse of credentials. Password hygiene may feel useless when the effect is not immediately visible, but it is never the less very important […]

For our civic clients, the CRM of choice is CiviCRM – a free constituent management system specifically designed with organisations in mind. CiviCRM in a nutshell CiviCRM is essentially a lightweight relations management system, designed to easily integrate with organisations’ existing platforms, such as Drupal, WordPress or Joomla. Vanilla CiviCRM offers the following list of features out-of-the-box: Contact […]

There are plenty of free tools available for HTML5 quality validation and testing that can and should be used by anybody who produces or buys software products. Unlike traditional native binary-only apps, with HTML5 apps the user has the ability to access the source code due the technical structure of how HTML5 apps are composed. […] 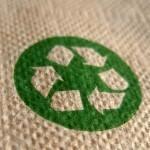 Update July 15th 2013: Due to commenters demand, we have re-published this research as a Git repository anybody can contribute to: github.com/Seravo/js-winning-style. This article has become our most popular article with over 10 000 unique readers, so this issue is clearly something the JavaScript community should get done. Update August 16th 2013: A translation in […]

Open source might make you think about geeks who mostly talk to computers with programming languages. Actually human language skills are just as important. Translators are needed in every international open source project. Localization becomes a necessary task in almost every open source project in Finland. We have been translating software interfaces into Finnish in […]

Seravo staff member Otto Kekäläinen was given the Nordic Free Software Award 2012 at FSCONS held in Göteborg on the 9th to 11th of November. The award was shared by two people. The other recipient was Ole Tange, who is the director of IT-Politisk Forening, a non-governmental organisation that has succeeded in bringing Free Software to the public sector in […]

To honor the OKFestival currently held in Helsinki, Finland, we’ll publish this week a few articles on open data work we’ve done. You might also bump into some of us at the festival! During the fifth HS Open event Seravo participated in creating an open data visualization (in Finnish) on the maintenance relation in Finland, meaning […]

To honor the OKFestival currently held in Helsinki, Finland, we’ll publish this week a few articles on open data work we’ve done. You might also bump into some of us at the festival! By using selection path analysis, we demonstrate that it is possible to create a political campaign with maximum voter popularity. Media corporations […]

In May 2012 I (Otto Kekäläinen) attended an internal event by the Ministry of Employment and Economy that was intended for officials working within the branch. There where two outsider speakers, and the second was Pasi Mäkinen of Microsoft Finland. Avoimen lähdekoodin ratkaisut palvelujen kehittämisessä (2012-05-29) from Otto Kekäläinen In my presentation (in Finnish, available […]

The VALO-CD project was started in 2008 as a marketing campaign for open source software (also known as Free Software). The highest priority was to make everything as easy as possible. All the user needs to do, is to pop the CD in their computer, and a program will start automatically, where the user can […]

We want HTML5 and other open standards by the WWW Consortium to become the universal computer interface platform on any decive, anywhere and for anyone. HTML5 has clear advantages that beats any other options in so many ways: Free and open based on standards anybody can read and use without restrictions standards are drafted in […]