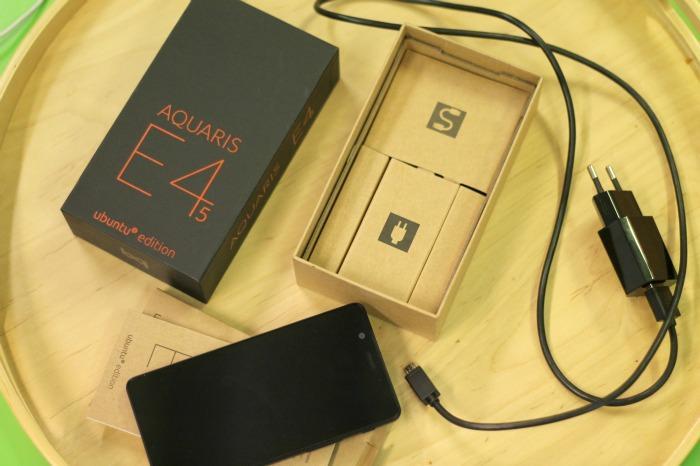 Few weeks ago I found a pretty black box waiting on my desk at the office. There it was, the BQ Aquaris E4.5, Ubuntu edition. Now available for sale all over Europe, the world’s first Ubuntu phone had arrived to the eager hands of Seravo. (Working in an open office with a bunch of other companies dealing more or less with IT, one can now easily get attention by not just talking on the phone but about it, too.)

The Ubuntu phone has been developed for a while, and now it has found its first users and can really be reviewed in practice. Can Ubuntu handle the expectations and demands of a modern mobile user? My personal answer, after getting to know my phone and see what it can and cannot do, is yes, but not yet.

But let’s get back to the pretty black box. For a visual (and not-that-technical) person such as myself, the amount of thought put into the design of the Ubuntu phone is very pleasing. The mere layout of the packaging of the box is very nice, both to the eye and from the point of view of usability. The same goes (at least partly) for the phone and its operating system itself: the developers themselves claim that “Ubuntu Phone has been designed with obsessive attention to detail” and that “form follows function throughout”. So it is not only the box that is pretty. 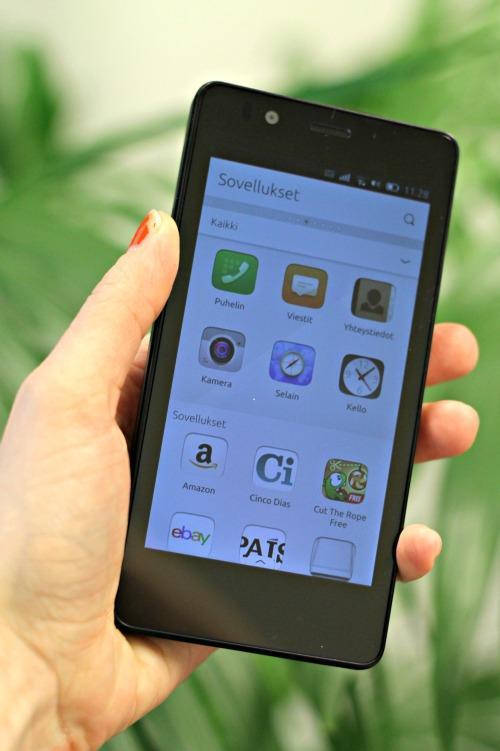 Swiping through the scopes

When getting familiar with the Ubuntu phone, one can simply follow clear insctructions to get the most relevant settings in place. A nice surprise was that the system has been translated into Finnish – and to a whole bunch of other odd languages ranging from Catalan to Uyghur.

The Ubuntu phone tries to minimalize the effort of browsing through several apps, and introduces the scopes. “Ubuntu’s scopes are like individual home screens for different kinds of content, giving you access to everything from movies and music to local services and social media, without having to go through individual apps.” This is a fine idea, and works to a certain point. I myself would have though appreciated an easier way to adjust and modify my scopes, so that they would indeed serve my everyday needs. It is for instance not possible to change the location for the Today section, so my phone still thinks that I’m interested in the weather and events near Helsinki (which is not the case, as my hometown Tampere is lightyears or at least 160 kilometers away from the capital).

Overall, swiping is the thing with the Ubuntu phone. One can swipe from the left, swipe from the right, swipe from the top and the bottom and all through the night, never finding a button to push in order to get to the home screen. There are no such things as home buttons or home screens. This acquires practice until one gets familiar with it. 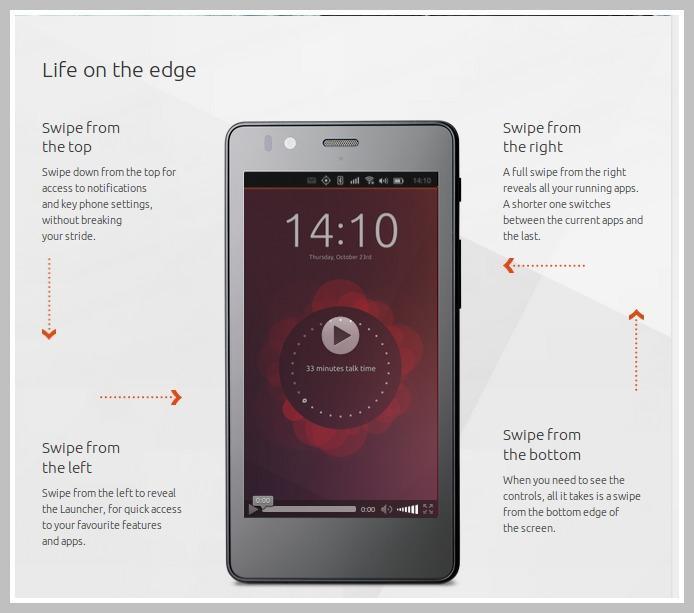 Designed for the enthusiasts

A friend of mine once said that in order to really succeed, ecological products must be able to compete with non-ecological ones in usability – or at times even beat them in that area. A green product that does not work, can never achieve popularity. The same though can be applied to open source products as well: as the standard is high, the philosophy itself is not enough if the end product fails to do what it should.

This thought in mind, I was happy to notice that the Ubuntu phone is not only new and exiting, but also pretty usable in everyday work. There are, though, bugs and lacks of features and some pretty relevant apps missing from the selection. For services like Facebook, Twitter, Google+ or Google Maps, Ubuntu phone uses web apps. If one is addicted to Instagram or WhatsApp, one should still wait until purchasing an Ubuntu phone. Telegram, a nice alternative for instant messaging is though available, and so is the possibility to view one’s Instagram feed. It also remains a mystery to me what benefits sigining in to Ubuntu One can bring to the user – except for updates, which are indeed longed for.

To conclude, I would state that at this point the Ubuntu phone is designed for the enthusiasts and developers, and should keep on evolving to become popular with the masses. The underlying idea of open source should of course be supported, and it is expected to see the Ubuntu phone develop in the near future. Hopefully the upcoming updates will fix the most relevant bugs and the app selection will fill the needs of an average mobile phone user. 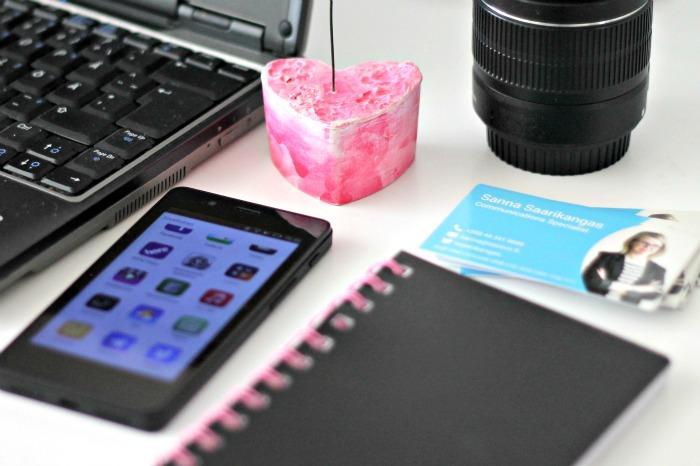 Read more about the Ubuntu Phone.

One thought on “Ubuntu Phone review by a non-geek”